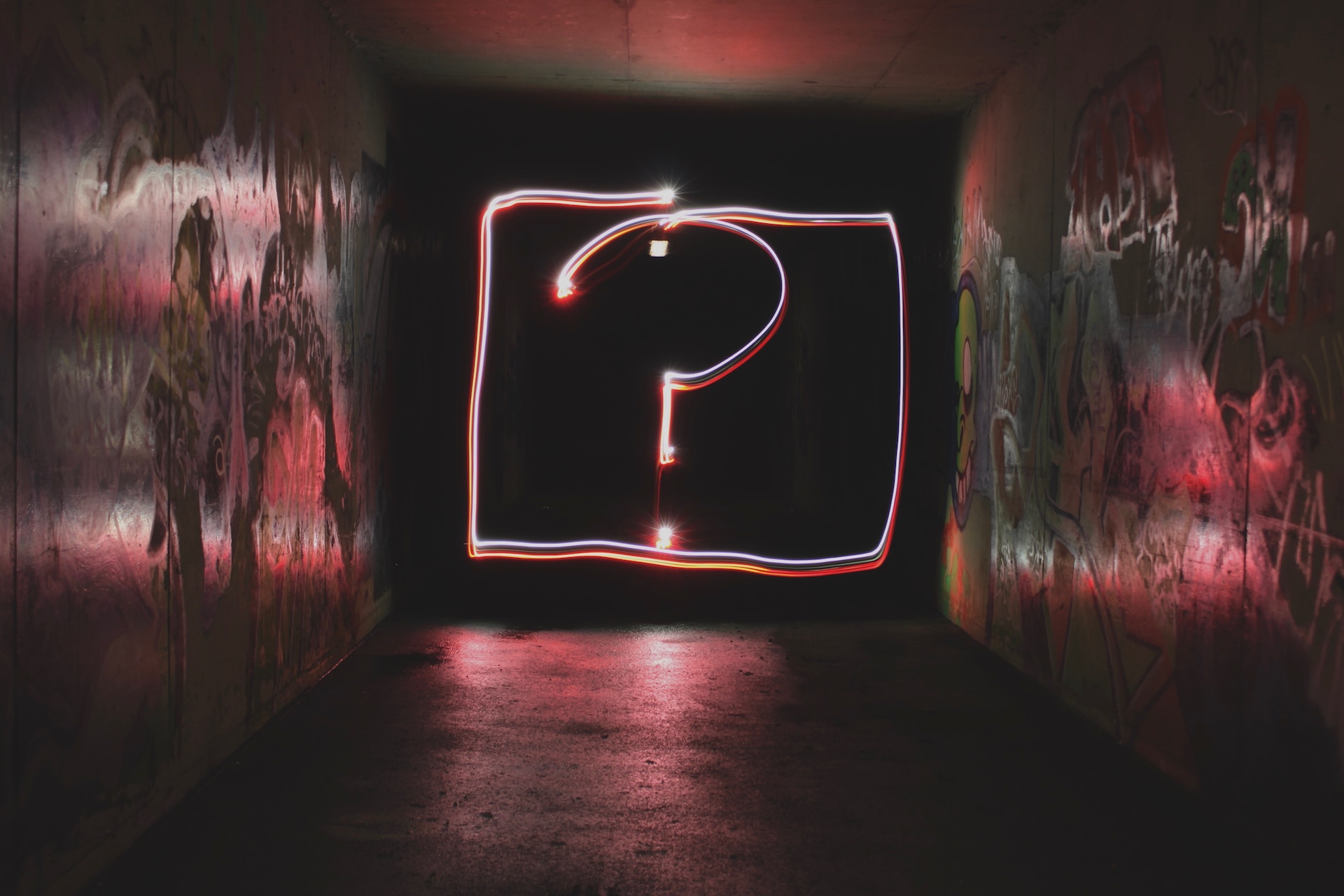 Let’s take a look at a common animal these days - the advertising agency. They’re everywhere, they’re small, they’re nimble, they pitch a lot and they meet a lot of people. We’ll call this agency The Meeting Roomers, just for fun.

The Meeting Roomers are a young company, less than 2 years old, but extremely active - day in, day out, they prepare their briefs, arm themselves with customer insights and welcome big clients in their boutique to discuss campaigns and ideas nobody’s heard of before. This happens frequently, and the account managers - the ones who do most of the talking and presenting - also manage the meeting room.

Now, as they only have one, and they’re not many themselves, communication is simple. An email is enough to let everyone know when the conference room is off limits.

This works well for The Meeting Roomers, as they usually schedule all their presentations on specific days - Tom gets Mondays, Mary gets Tuesdays, Devon Wednesdays and Sam Thursdays. Fridays are meeting-free days, set aside for uninterrupted work. For plans, for internal debates and discussions.

It’s a simple,crafty system. One day, the agency’s founder takes a look at how many meetings they’ve had and, of those, how many have brought in a client. Things aren’t looking good, but they’re not that bad either. The big Chief wants to know which meetings cost them the most money. And who, of the 4 account managers, is the most efficient. They set up a spreadsheet in which everyone is supposed to enter specific info about meetings: duration, schedule, resources used, revenue raked in and so on. Again, this “works” - but not everyone formats the document the same way. Or they don’t fill in all fields. Getting reports out of it is difficult - especially since adding remarks, guests and resources isn’t the easiest thing in the world - a spreadsheet is made for numbers, not text.

But they press on. The agency grows in 7 months more than others in 7 years. They move to a new office, hire more people, hold more meetings in more rooms.

The spreadsheet doesn’t cut it any longer. It’s too difficult to maintain. They need some form of room scheduling software, or a calendar of sorts.

The Meeting Roomers have outgrown their small business hack - layers upon layers of management means that not all users are created equal - some can book meetings, but shouldn’t be able to modify what’s in a room. Some users - the first account managers - have seniority, and they’re entitled to more meeting time. So they each pick a room to own and use, allowing others to borrow it when absolutely necessary.

They can’t do that with a simple spreadsheet. Nor can they do it with a calendar app, pen and paper system or who knows what. The Meeting Roomers are looking for something like YAROOMS.

Say they find something to their liking. Problem is, now they have to pay. The system is a SaaS type of programme, so each month they’re billed a fixed fee. That’s nice. They can’t really assign specific user roles, but at least all their meetings are in one place, for everyone to see and plan.

They start looking again. YAROOMS pops up, but the pricing seems weird. Pay-per-use? Who does that? And how does it work? Regardless of his initial confusion, The Chief crunches some numbers. “200 meetings, $0.18/meeting… that’s just 36 bucks!Almost a third of what we pay now”. He digs a little deeper.

“Instant booking… from the welcome screen. That’s nice. Let’s see, what else? Remembers what I’ve entered in the meeting details. So? Oh, it autocompletes new meeting descriptions as I type - cool!”

YAROOMS, as The Meeting Roomers are about to find out, can do way more than that.

Here’s what the reporting tool offers

Want more? Check out what YAROOMS integrates with:

The main thing that makes YAROOMS awesome, though, is that it does not allow double-booking the same room. Only one meeting can occur at a set time, in a set place, on a set day. Even more, granted The Meeting Roomers take full advantage of what YAROOMS can do, users in charge of specific meeting rooms can approve or reject meetings that are to be scheduled in their rooms. Pretty cool, isn’t it?

But still… Why Would you use any kind of Room Scheduling Software?

Your Google Calendar Is Not Scalable.

And doesn’t fix your double-booking problem.

Most of our clients have used a free tool like Google Calendar to manage their meeting rooms. They’d set up a separate Calendar on their Gmail account, invite coworkers/bosses and have everyone insert meetings there.

But that’s not what Google Calendar was meant for. And, despite being synced across devices and accounts, it doesn’t prevent users from adding two events in the same timeslot, in the same day.

Now, if you only have one room, that’s fine - an office manager or secretary can keep an eye out for any overlapping and notify the adequate people. However, that means more work for that person. And less focus on important stuff.

What’s worse, everybody’s an administrator. And you have to use Gmail or Google Apps For Businesses to access the calendar. That’s not bad in itself - but if you’re not already on either platform, it’s extra work.

YAROOMS allows you to use your work email. You know, the one you already use for… work. And it syncs well with Outlook, if you use that (we have a plugin). But what’s more important - it doesn’t allow for double bookings. Which means less awkward conversations with impatient clients when GASP! the room you wanted is already occupied.

What’s even better - you can set user roles. If you want someone to only view meetings/ rooms, you can do that. If you want to create a user for a client, you can do that - and direct them to your own custom subdomain, branded with your logo and in the colors you want.

“I don’t use Google Calendar. We use a spreadsheet!”

So did The Meeting Roomers.

If it’s a Google spreadsheet (or similar), you’re faced with pretty much the same problems. Un-official accounts. Clunky controls (for this sort of thing).

If you use a local spreadsheet, you have to deal with:

Pen and paper is the Apocalypse Of Meetings

And you know it.

One thing you could do is print out sheets of paper, stick them to the meeting rooms’ doors and fill them in then and there.

After one gets filled out completely, your office manager has to take them down, copy them in a spreadsheet, work magic with pivot tables and generate reports based on Ancient Egypt-looking handwriting. Surely, they have better things they could do.

But that’s not even the worst that could happen. Imagine you have an important meeting with Toyota. You also do business with BMW. If you stick bits of paper on your doors and the Toyota people see an upcoming meeting with BMW, you might lose the deal.

And that’s still not the worst thing that could happen. The cost of losing that client, printing the piece of paper, having people walk by and write on it, digitizing it by hand and generating reports by hand will cost you way more than 1$/meeting. Whereas YAROOMS costs less than a 5th of that.

Our competitors charge a monthly fee. And that’s great! For them. Because, regardless of your usage, you pay a flat fee. But what if you use less than what the subscription plan includes? Do you get a refund for unused resources?

With YAROOMS, you only pay for what you use. Nothing more, nothing less. And we don’t limit the amount of rooms or meetings you want to have.

You can have up to 500 users. At no additional cost.

But don’t worry. If you do have more than 500 users, you probably have some pretty specific needs and the cloud version of YAROOMS isn’t what you want - that’s why you can ask for the Enterprise version of YAROOMS, a custom-deployed version of our room scheduling software that allows you to modify, change and update YAROOMS to your liking.

And, from within the app, we can assess your needs together via our support system.