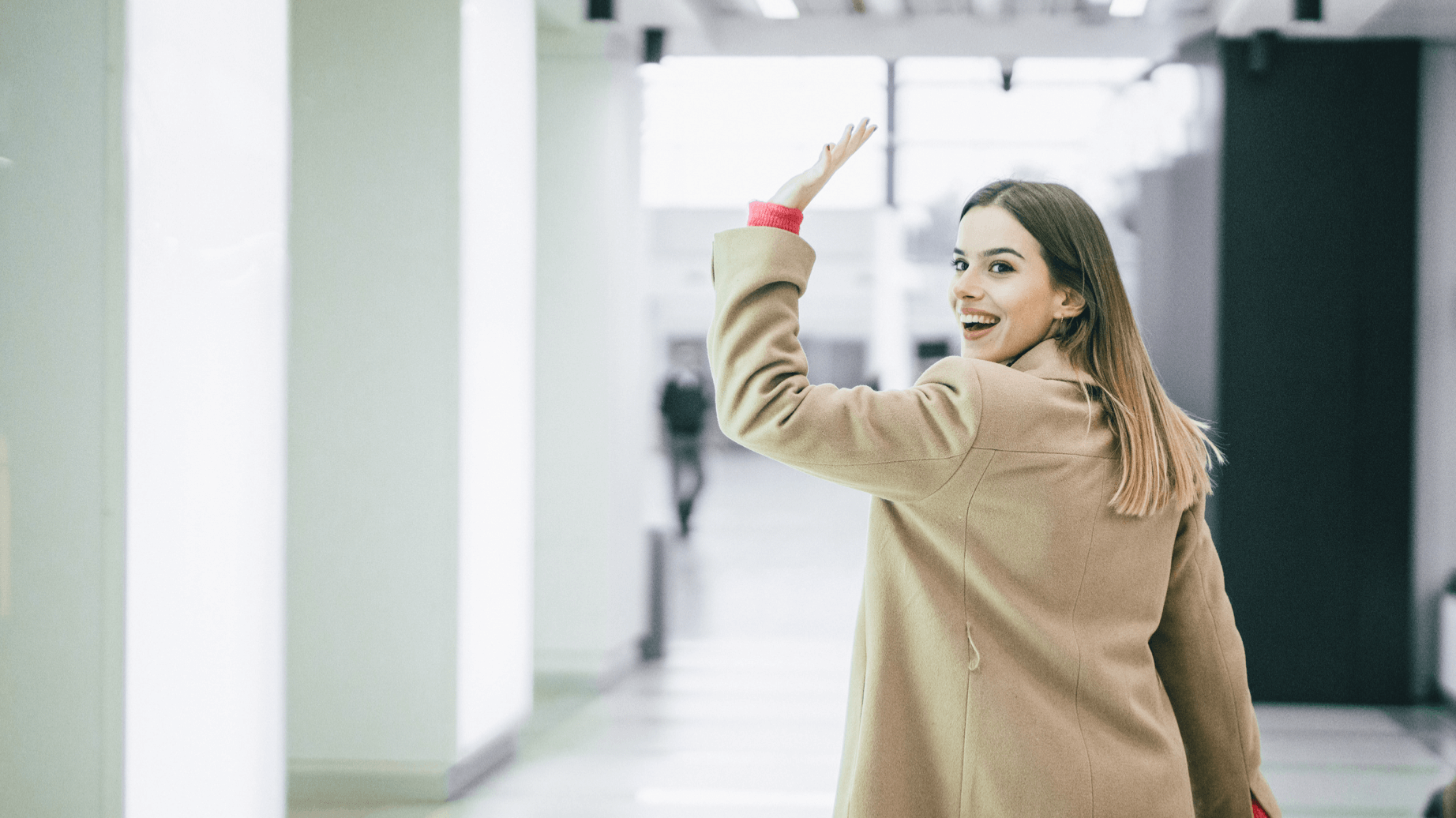 Office of the future, Human resources

Want To Turn the Great Resignation Into the Great Retention? Place Employee Experience Above All Else

At the beginning of the COVID-19 pandemic, uncertainty and layoffs characterized the job market. Millions lost their jobs overnight, and those lucky enough to keep theirs couldn’t be more grateful. But the closer we get to recovery, the more a new trend is emerging: a tidal wave of resignations. In the U.S. alone, 47.4 million Americans quit their jobs in 2021, according to the Bureau of Labor Statistics. Organizational psychologist and professor at Texas A&M University Anthony Klotz has even come up with a name for it – we’re in the midst of the so-called Great Resignation, it seems. But wait...

What Is ‘The Great Resignation’?

The Great Resignation is a phenomenon that describes a record number of people leaving their jobs as we approach the end of the pandemic. As companies cope with its impact and reevaluate how to retain talent, employees are reassessing their careers and priorities. The trend is said to be driven by an economic and psychological shift: employers are struggling to tempt staff to return to jobs and industries that have long treated them as dispensable. But, of course, it’s a little more complicated than that. 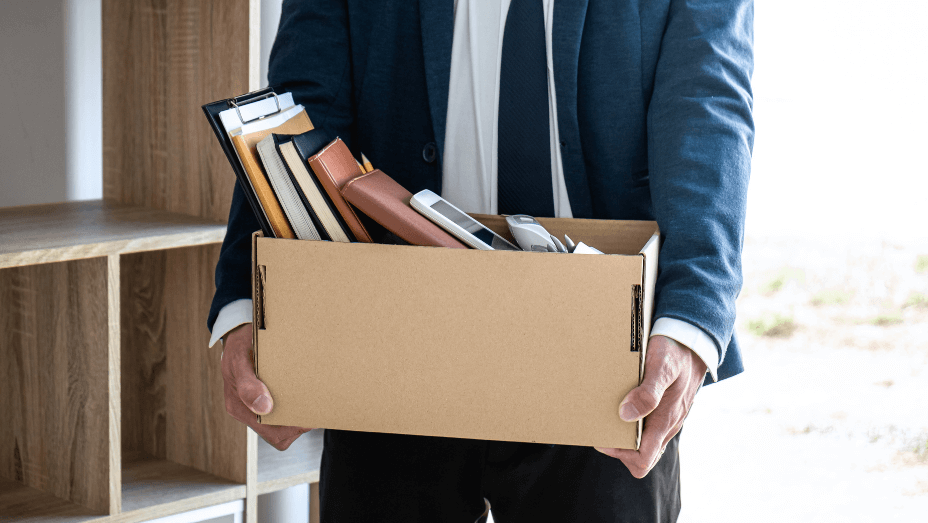 A Microsoft survey conducted among 31,092 workers in January 2021 found that 41% of employees were considering leaving their jobs, and 46% were likely to move and keep working remotely. Then, a July 2021 Bankrate survey found that 55% of Americans who were employed or looking for a job were likely to look for a new job in the next 12 months – particularly, 77% of Gen Zers, 63% of millennials, and 72% of those earning less than $30,000 per year.

Another interesting aspect is that some industries have higher rates of quitting than others. According to a recent report by The New York Times, retail, leisure and hospitality are the hardest hit. It seems that hotels, bars and restaurants are all trying to re-hire numerous workers… which means that many employers are competing for the same workers at the same time! This creates an environment that drives workers towards seeking more productive employment after years of stagnant pay.

Highly educated mothers who work from home were also found to be likely to exit the labor, according to a study by U.S. Census Bureau economist Misty Heggeness and Palak Suri of the University of Maryland. Children’s schedules unpredictably interrupted by periods of quarantine left them suffering from “care insecurity”, with many quitting in response to it. Mothers in lower paid jobs – whether working from home or onsite – were more likely to stay, due to financial constraints, but paid the price “in terms of exhaustion and burn out”.

And an in depth analysis of over 9 million employees at 4,000 global companies conducted by Ian Cook and his team discovered two other key trends:

Workers between 30 and 45 show the greatest increase in resignation rates. It could be because the shift to remote work has led employers to find hiring people with little experience riskier than usual, leading to greater demand for mid-career employees. Or, perhaps, because many delayed leaving the workforce due to the uncertainty of the pandemic, meaning that the boost might be the result of pent-up resignations.

Resignations Are Highest in the Tech and Healthcare Industries

While resignations decreased in certain industries, such as manufacturing and finance, 3.6% more health care workers quit their jobs than in the previous year. In tech, too, resignations increased by 4.5%. Since resignation rates were generally higher in fields that had experienced extreme increases in demand during the pandemic, it is believed that they were likely due to increased workloads and burnout. 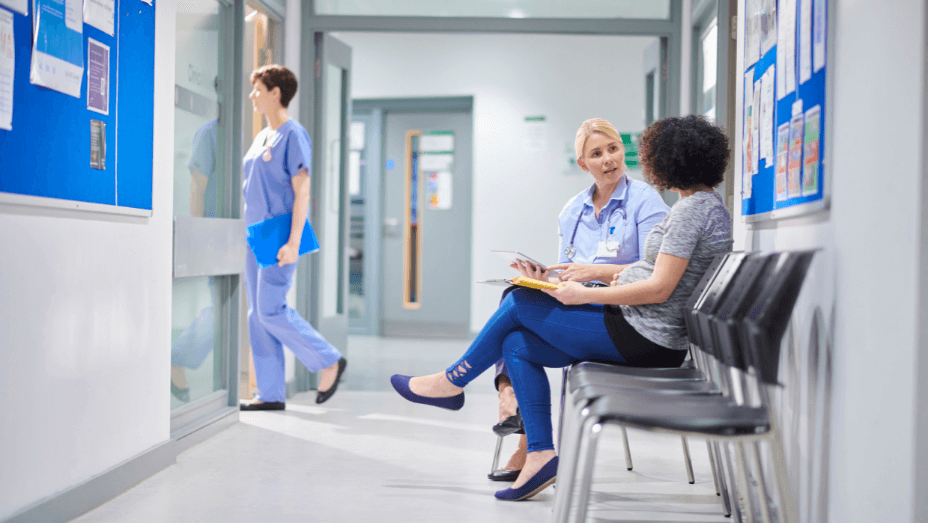 While each person’s reasons for resigning are tied to their own personal circumstances, some common themes and theories have been noticed:

Top Predictors of Employee Turnover During the Great Resignation 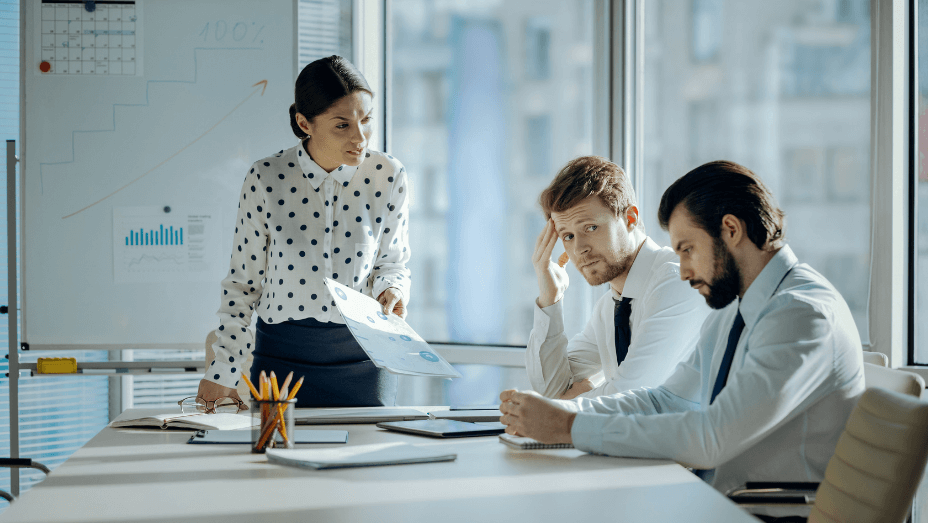 How Can Companies Prevent Employees From Leaving During the Great Resignation?

There is no simple answer, but offering employees more accommodating work arrangements and workplace benefits will most probably help – because many are burnt out. But are there any short-term actions that might help with retention?

Employers Must Take a Data-Driven Approach to Improving Retention

Adopting a data-driven retention strategy isn’t easy, but it’s worth the effort. With greater visibility into how serious your turnover problem really is and the root causes that drive it you’ll be empowered to attract top talent, reduce turnover costs, and ultimately build a more engaged and effective workforce.

Calculate your retention rate: Number of Separations per Year ÷ Average Total Number of Employees = Turnover Rate. How much of your turnover is coming from voluntary resignations versus layoffs or firings?

What’s really causing your staff to leave? Explore metrics such as compensation, time between promotions, size of pay increases, tenure, performance, and training opportunities to identify trends and blind spots.

Next, create customized programs aimed at correcting the issues that your workplace struggles with. If a lack of effective data infrastructure is making it difficult, invest first in an organized, user-friendly system.

As companies struggle to hire, they are turning to international candidates to fill open roles – creating even more competition for remote jobs. In some countries employees are paid higher wages than in others, so some might even actively seek to work remotely for companies based elsewhere.

Flexible Work Arrangements Will Be the Norm, Not the Exception

People value flexibility as much as a 10% pay raise, according to new research from the WFH Research Project. A flexible working culture leads to improved mental health, as work begins to fit around people’s personal lives rather than their personal lives fitting around work. 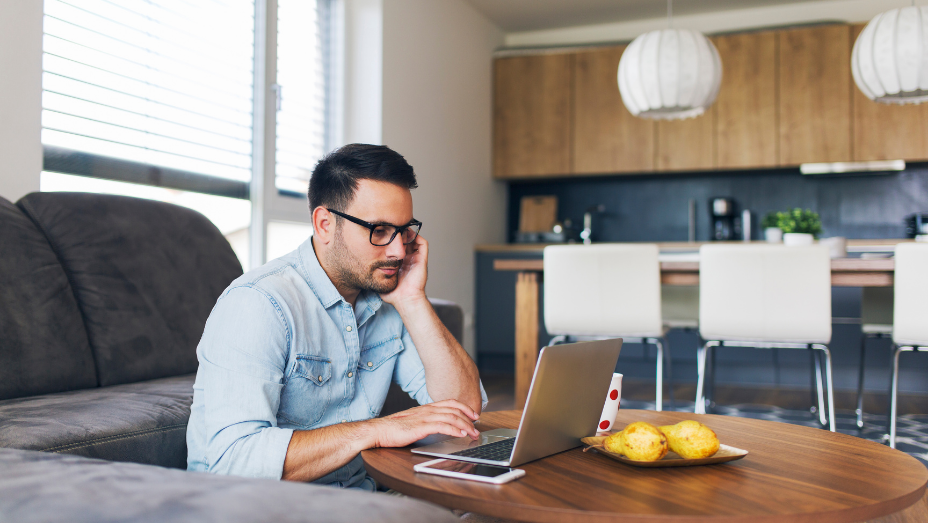 FAQ on the Great Resignation

Is the Great Resignation Real?

Yes, yes it is. Anthony Klotz, organizational psychologist and professor at Texas A&M University, coined the phrase during an interview with Bloomberg in May 2021 to describe the wave of people quitting during the pandemic. Since then, the Great Resignation has continued to dominate headlines… as turnover reached new highs. Only in November 2021, 4.5 million American workers left their jobs.

Will the Great Resignation Last through 2022?

Probably. The Great Resignation has inspired other terms to describe the phenomenon, including “The Great Reimagination,” “The Great Reset” and “The Great Realization.” We’re re-examining the role of work in our lives, and the importance of a healthier work-life balance. As Klotz’s said, “This is a moment of empowerment for workers, one that will continue well into the new year.” That’s 2022, FYI.

How to Manage the Great Resignation?

We’re beginning to see a post-pandemic work organization that moves away from a one-size-fits-all approach and leans towards a culture of individualized working conditions instead. What this means is, of course, that there is no one-size-fits-all answer, either. That said, offering remote work options for white-collar workers and predictable work schedules for front-line workers might be a good start.

How to Stop Great Resignation?

Recently, people have gained a clearer idea of what type of work they prefer and are ready to switch jobs if they don't feel supported. Therefore, stopping the Great Resignation isn’t exactly possible… but that’s not a bad thing! The phenomenon isn’t really about leaving the workforce for most. It’s about taking back control and risking their current role for a better one. And that could be at your company!

How Will the Great Resignation Affect the Economy?

So far, industries with low location and time independence, such as retail and hospitality, keep seeing the highest number of workers quit. Those characterized by a high location independence and a low independence of time, like delivery restaurants and telemedicine, have a high survival probability. But businesses that offer products or services independent of time and location, like online retailers and remote work service providers, are where talent is going, given their potential and successful growth.

How Long Will the Great Resignation Last?

That’s still impossible to predict. We’ll just have to wait and see. And, hopefully, keep improving work conditions in the meantime.

The Great Resignation may be a challenge, but it's also an opportunity to collectively engage in a Great Reimagination. Companies that use this unprecedented shift to create a culture of caring for their employees can still build loyalty and prevent unnecessary resignations, while the rest will continue to suffer the largest losses. We know now that people's mental health, their lives outside of work, and their need for connection are critical aspects in the war of workforce attraction and retention. Are you paying attention?

Human resources
What Is a Chief Happiness Officer? New Job Titles On the Rise in Hybrid Workplaces
24 Feb 2022 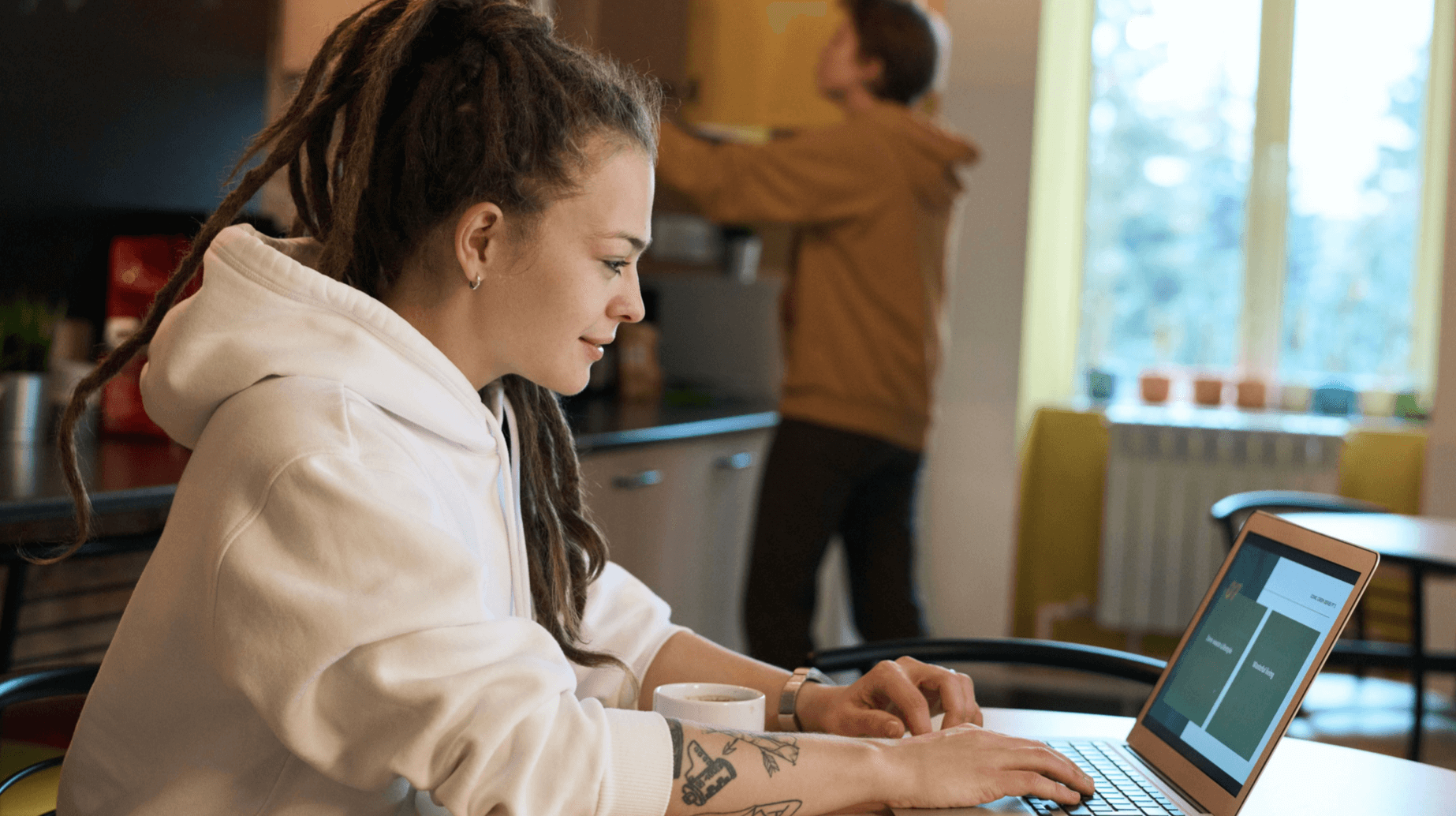 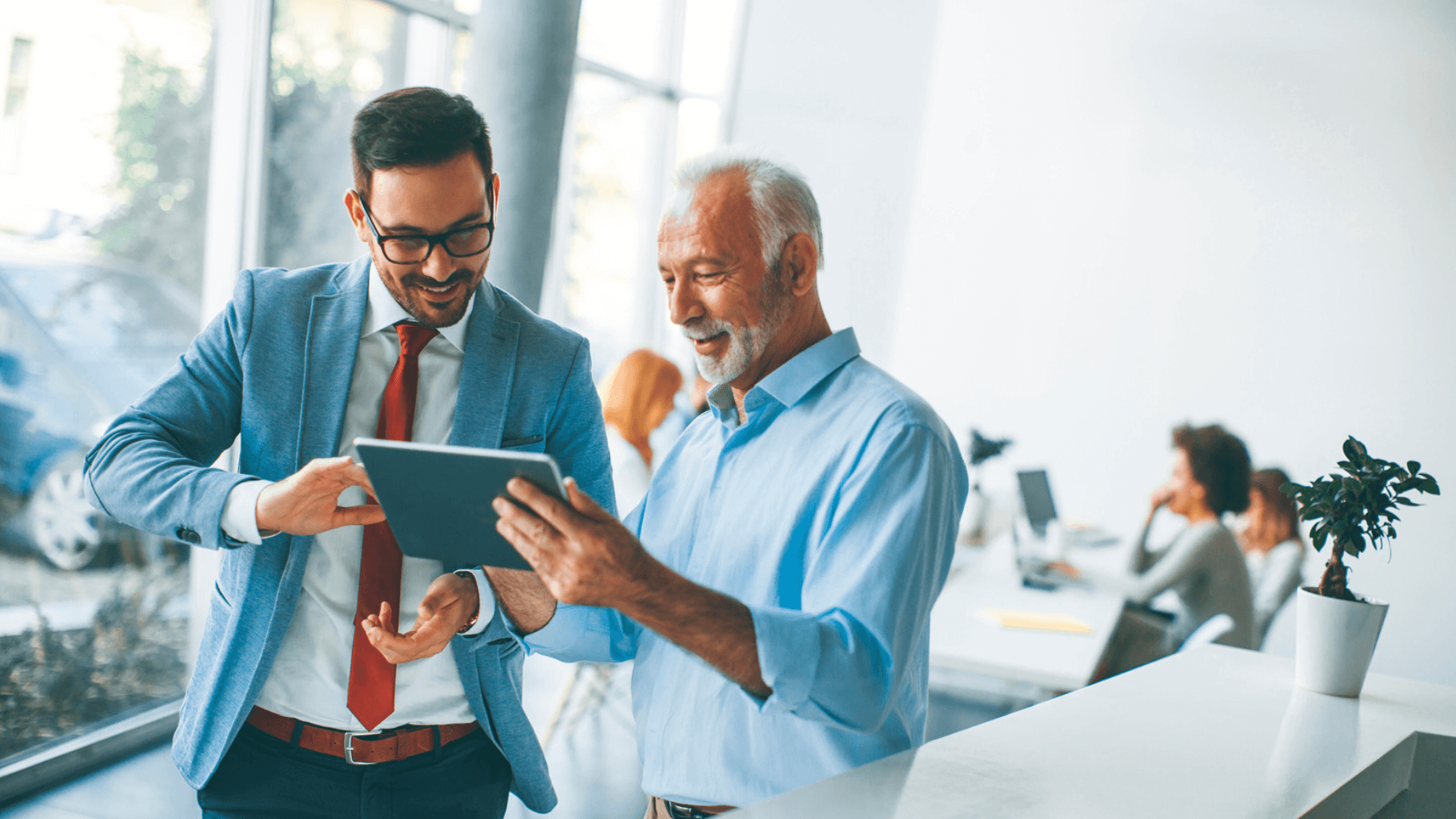 Office of the future, Human resources
What Is HR Digital Transformation and Why Is It Important to All Modern Workplaces?
16 Feb 2022